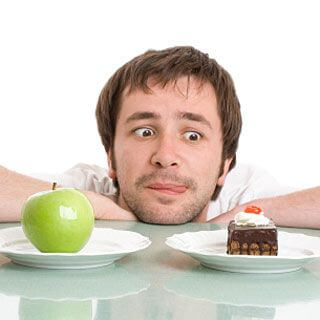 It is way too often true that even enlightened souls who have developed the awareness to change and who plan on working towards a truly successful life in all aspects (physical, mental, emotional and spiritual) are not able to do so. As tough as it sounds, the fact is that awareness and planning are only the first steps. If one wants to really be successful, he/she needs to follow the process entirely. It is like saying “Yes, I have the awareness that I need to go to the gym”; that obviously is not going to fulfill the goal of, for instance, gaining 5 Kgs of ripped muscle in a year’s span. One has to actually go to the gym and follow a certain work-out program combined with a healthy diet to achieve the set goal. In other words, using the awareness, one has to act on the set goal which is called ‘Taking Action.’ But, there is more to it: Say, if through awareness, planning and finally action, one does go to the gym, but only once a week for the next one year you think, realistically, he or she will achieve the set goal? The chances are very high that, it won’t happen. This truth, which also forms the foundation of this article, is to hit home this very important point: Awareness precedes change which results in actions, but it is self-discipline of taking action day in and day out along with having the self-control of saying ‘no’ to activities and people which don’t align with one’s goals and dreams which ultimately separates the achievers from also rans.

Do you think, great athletes in any sport become legendary merely because of talent? Or because they act on their plans by preparing, doing the necessary exercises, and practicing only a few days before a game?Absolutely not! They discipline themselves permanently till they play to prepare, practice, and exercise. Is it painful to be disciplined and have self-control? Of course; no one ever said, it’s not. But is it better than being a mediocre non-achiever? The choice, ultimately, is all yours.

Sometimes, in motivational talks I believe the point that self-discipline and self-control are really painful is expressed in a way that it scares people to commit to it. In the truest sense, it is not ‘that’ tough. Rather we make it tough on ourselves because a) we overburden ourselves with the feeling that it is a draining exhausting activity, and even if we fail in 1/5 tasks we set ourselves to do, we convince ourselves to believe that we are not good enough; and b) because we buy in to a false belief that since we have never done it before or committed ourselves to such discipline and control ever in our lives, we rather never do it at all.

Now, firstly, relax yourself in to the belief system that when you commit to doing something, it’s ok to make mistakes. Secondly, simply commit to keep moving forward until you achieve your goals. Remember it is not necessary to be perfect, and accept that you won’t get it all right the first time because, honestly, you don’t even need to. Just promise yourself to practice and prepare better every time you perform. When you do this again and again, self-discipline and self-control become the fuel for your engine which though they allow you to fail, in the process, begin to instill a belief that if you keep pushing and improving, you will witness the life of your dreams coming true.

I want to leave you with a few instances to convince you that it is always in the beginning that it is the toughest: A space shuttle uses more fuel to escape Earth’s orbit than what it does on its entire journey. A woman goes through immense pain when delivering a child, but what follows is undoubtedly one of the most beautiful of human experiences- motherhood. Also, the first few days you decide to exercise or get-up earlier than what you usually do or changing your diet or whatever it is that you plan on achieving are always going to be more challenging than what follows.

Remember that self-discipline and self-control are two of the most essential characteristics needed to be truly successful in life. It is going to be tough to begin, uglier when you continue, but most beautiful when you get there.

Almost there! Just fill out this form to download your eBook instantly.

Oscar Wilde was quoted saying, “We are all in the gutter, but some of us are looking at the stars.”...