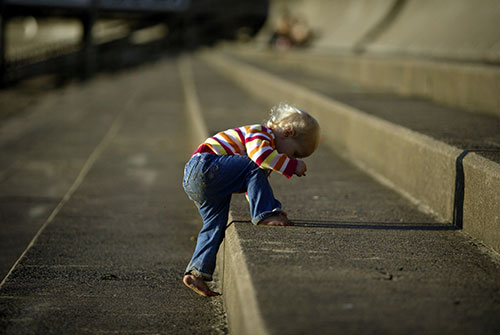 Michael Jordan, one of the best athletes to have represented the game of basketball, was once quoted saying “I have missed more than 9000 shots in my career. I have lost almost 300 games. On 26 occasions, I have been entrusted to take the game winning shot, and I missed. I have failed over and over again in my life. And that is why I succeed.”

If that’s not enough, then remind yourself of the great inventor and scientist Thomas Edison who was labelled by his teachers early in school ‘too stupid to learn anything.’ It took this ‘too stupid’ fellow thousand attempts before he gifted the World with his invention of the light bulb; imagine a World without it?

Oxford dictionary defines perseverance as ‘doing something despite difficulty or delay on achieving success.’ Additionally, Cambridge dictionary defines it as ‘Continued effort and determination.’ Aren’t these qualities which the lights of Michael Jordan and Thomas Edison possessed? I am pretty sure with what you and I read above, they definitely weren’t ‘born talents’ or what people refer, very loosely, to highly successful people as –‘Naturally gifted.’ The sweet reality, for you to grasp, is that most successful men and women are successful because they don’t stop trying where others do; they don’t give up when others do; they don’t listen when others put them down; instead, they persevere.

I once had a college acquaintance in Miami, Florida when I was 18 years old in my freshman (first year) of college. This guy was a soft spoken fellow with considerable weight on his body. I was this skinny guy who was influenced by my surroundings to start hitting the gym (I am glad I got influenced because I would like to humbly state that since then I have put on 14 Kgs/30 lbs of muscle weight while maintaining a waist line of 28 inches.) Coming back to this guy, every time I went to the fitness center, I saw him running on the treadmill, cycling, pushing. But, I did not notice any difference in his weight for a few months. Then, six months down the line, not only did I see him running on the treadmill and cycling on the gym equipment, I caught him running outside on the streets. I was impressed by this guy’s determination and not surprisingly, I noticed a little reduction in his weight. Additionally, not only did I see him running at the gym, cycling, and running outside on the streets, I saw him eating salads, avoiding sodas, burgers & fries, carrying juices and lots of water with him all the time.

Well, for the time period I saw Karim Baylor, he had reduced significantly in size, but he was not done yet. Last I came across his profile on Facebook, not only did Karim seem to have one of the fittest greatly ripped and in shape muscular bodies one can witness around, he was working as a high-end fitness trainer with one of the most reputed gyms in New York City. What about that for motivation!

Now imagine if he would have simply stopped at running on the treadmill only, and after not noticing any difference, for a few months, given up thinking he doesn’t deserve a phenomenal physique?  Just imagine if he would have given in to those juicy burgers or that soda?  The great fact is that he did not. He was committed, and equally important, he persevered till he won.

I am pretty sure you have heard a few inspirational stories on perseverance of real life common men, women, and children around you, but I want to ask you-What about you? Are you one of those great examples of perseverance? If you are, I want to congratulate you for being a champion. Moreover, no matter what the result, so far, of your efforts is, keep pushing and do not give up until you win my friend. For others who are keen on taking control of their lives, I want to remind you folks there is no free lunch.

If you want to live the life of your dreams, you ought to push; push when others won’t believe in you. Push when you get distracted, push when the World criticizes you and makes you feel you won’t get there because it is when you push beyond your imaginations with complete determination and faith that, that day which you have always dreamed of really comes true-Yes it really does! And guess what happens to all those people, all that crowd of naysayers and their troops? They look up to you, admire you, and tell their kids and grand-kids your story. They say “What an extraordinary individual.” I want you to really know that with your vision, complete faith and commitment, you will win. Until then, persevere.